We have a JobSquatch™ EXCLUSIVE!

We uncovered an actual FILMED interview with a member of the Sasquatch community! In this unprecedented and Earth-shattering filmed interview, the Sasquatch reveal themselves to be aware of this very website, connected to both cats and dogs, and to be on the brink of a Squatch-scientific breakthrough. The Yellowstone Caldera and neo-Newtonian dynamics are just the tinker toys in the Sasquatch science toolkit.

A couple other AMAZING truths uncovered by the film….

JobSquatch™ Micro-Content Creator Oscar McConnell has managed to comb through the matted fur of employment, to find these squatch-centric Jobortunities™ – Dig In!!

END_OF_DOCUMENT_TOKEN_TO_BE_REPLACED

It’s only been two years since a Washington County jury rejected Linus Norgren’s claim of self-defense in a brutal attack on a hapless hunter in Manning, Oregon. They instead found him guilty of attempted murder, second-degree assault, standing naked in a field, holding a saw, and pretending to be a Sasquatch. And yet, an audible silence still permeates the lines of communication from the defamed squatch community of Oregon, even after 24 Sasquatch years have passed.

In October 2013, Manning local hunter Jeff McDonald donned his orange hunting hat, grabbed his rifle and stepped into the woods outside his hilltop home. His goal was to relax like any other man would want to – enjoy the outdoors, take it all in and then silence the life of animals with a high powered weapon.

Yet when he came upon a naked man standing in a clearing and holding a pruning saw, he attempted to talk to the man as if he was still wearing clothes – a bold move. “Well, I asked him who he was, and he replied very calmly, just as sane as anyone, that his name was Linus Norgren,” McDonald recalled. And in the same reasonable voice, that “he was a Sasquatch from a family of Sasquatches.”

McDonald then suggested that they head to the road to get some help, and began to walk alongside the young man. It was then that a blow came from behind, knocking McDonald unconscious, his fall dislocating both of his shoulders.  Next he remembers waking up on his back, with Norgren on top of him, grunting and growling, his hands clenched around McDonald’s throat.

Norgren then shoved his right thumb into McDonald’s eye and his left thumb into the hunter’s mouth – McDonald chomped down on the thumb, drawing blood as the assailant withdrew the digit. Struggling on the ground, fighting for his life McDonald asked, “Why are you trying to kill me?”

After a few more minutes of mortal combat, Norgren mysteriously passes out, giving McDonald time to phone the police who show up, place Norgren in custody, and relieve the hunter of the burden of possibly having to shoot this naked fool.

The Oregon’s local sasquatch communities response was swift, but silent.

“It’s offensive you know,” Sasquatch specialist Ian Roundwood tells us. “Thinking that Sasquatch have  to kill. Sasquatch don’t have to murder hunters. They can be a resource, they could be an asset to this species.” The honorable judge Roundwood continues, “Us in the community, we wanted to know what the squatch around Manning had to say in response to Norgren’s defense.”

So days after the attack, Underwood and many volunteers took to the woods – they set up 13 microphones in an elaborate pattern, deep in the forest surrounding the confrontation’s epicenter, all in an attempt to record a REAL LIVE interview with a local sasquatch – the microphones were designed to perfectly capture any squatch responses, positive OR negative, and guaranteed to balance the circles of life in Manning, bring inter-species harmony to Oregon, and then spread the message of the Sasquatch around the entire world.

The interview is streamable HERE – at 13:64 there is a DEFINITIVE grouping of clicks, identified by Professor Underwood to be a dialect of Sasquatch not used for centuries. “It’s old, real old. And pretty miffed,” says a still astonished Underwood.

A follow up interview can be streamed HERE – “At 23 minutes you can easily tell, the Sasquatch are still angered by the negative portrayal of squatch. Norgren was not a squatch that day – and he wouldn’t last a day in their hairy shoes.” Dr. Underwood is still parsing through the audio for any other traces of squatch communication.

Great video of squatch behavior and fishing tactics. Southern Culture on the Fly has the support of JobSquatch™

Southern Culture On The Fly

I have been catching up on my fishing video consumption as of late, and I came across this gem. Everybody knows that we, here at SCOF, have a special love in our hearts for all things Squatch, and this video takes the cake folks. I proclaim this to be the best Sasquatch Fly Fishing Video ever made…ever. And thus it is so. Bravo Waist Deep Media. Bravo.

JobSquatch™ is a dedicated website that not only aims to provide Jobortunities™ to eligible sasquatch, but also aims to promote sasquatch culture, stories, and successful squatch mergers into the mainstream American workforce. Our goal is to show the squatches that remain elusive, that evade detection, that shun the HotZones!™ – it’s okay to come out. There have always been squatches among us. END_OF_DOCUMENT_TOKEN_TO_BE_REPLACED

Excellent! Penguins and squatch alike will enjoy this – The Blue Blog has the support of JobSquatch!

I am happy to announce that I have recreated ‘The Sasquatch Theory’ from a visual perspective! It took me hours and hours to put this together and I hope it was worth it! If some you don’t know, ‘The Sasquatch Theory’ is a theory that I produced in an Island Discussion and it explores the character and significance of ?????? (Sasquatch). I made it into a 20 minute documentary to make it clearer and to grab your attention. I would appreciate it if you watched it and commented your thoughts on it!

Here it is, below!

What do you think? Please let me know in the comments section!

Thank you for watching!

In one of these “multi-dimensions,” there’s a Squatch not looking for a hand-me-down, but a hand-me-up! Good work from Sasquatch Ontario!

Love that our multi-dimensional family of Hairy Folk are coming out to play again with us. YAY! Or maybe I’ve just raised my vibration enough to be able to connect again. Either / or … Hooray! Injoy! – wyndstorm

Also check out John Allen’s blog My Lady of the Woods for other interactions with our family.

A known link between cats and squatches has been pretty popular. Best of luck to Ms. Gillmore! She has the support of JobSquatch!

A couple of posts ago, I wrote about a crowdfunding campaign that I’m involved in. The Camosun Comic Arts Festival, or CCAF, is raising funds through Indiegogo for the event in April. I donated an original comic page made specially for the campaign, with prints available as well. The original sold almost immediately (there are still signed prints at the $50 perk level if you’d like one)!

Because I really want this campaign to succeed, I’ve donated another piece, a page from Spam and the Sasquatch. I don’t often donate art to causes, but this is an event we’d really like to get going here in Victoria, and in which, as an alumna of the school I have a personal stake. And it’s hard, hard I say, to turn loose of my comic pages; each one represents many hours of labour, and I love them as being my only…

Every kid knows about the legend of Bigfoot. Cartoons have been full of Bigfoot and Yeti clichés for years. Growing up in the northeast I always thought that bigfoot was a myth that nobody took seriously; a mystery wrapped in a joke, if you will, much like the Jackalope. Harry and the Hendersons was one of my favorite childhood films, but I never questioned whether it could possibly be based on science. It wasn’t until I moved to the Pacific Northwest that I found out Bigfoot is real.

About two months before moving to Oregon, I encountered an episode of The Joe Rogan Experience with guest Dr. Jeff Meldrum. Jeff is a scientist who studies animal movement. He’s done extensive scientific studies of alleged Bigfoot tracks and analyzed video clips claiming to have captured Bigfoot or Sasquatch. He also wrote a book called Sasquatch: Legend Meets Science. After listening to… 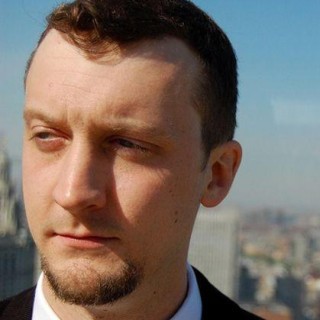 I'm a marketer, a Grammy-nominated musician & composer, a content custodian, a father and a husband. I create awesome customer experiences through content - helping brands realize their potential through education, transparency, and connection.